Would you like to get your English name translated into Japanese Kanji, katakana, or hiragana writing? 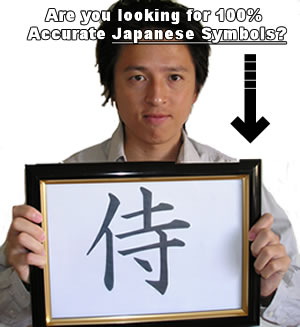 Then, why don't you use our 100% accurate Japanese name translation?

We will translate your name in Japanese with meaning, and send it to you by email within 48 hours!

We translate your English Name to Japanese with 3 different scripts(kanji, katakana, and hiragana alphabets) and create custom design at one low price, delivered within 48 hours, and 100% guaranteed.

With our Japanese Name Translation and design service, you'll get:

And, your Japanese Name symbols are:

Here's our customer's photo and testimonials 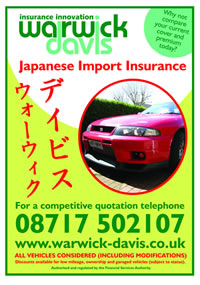 That is fine. I am happy for you to use the ad as an example.

The ad has now been sent off to the magazine so it is too late to change the Japanese text to fit horizontally under the logo.

I will remember for next time!

I'm sure the client will be very pleased to have some more publicity! 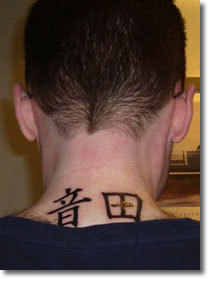 I just wanted to thank you for the translations just received.

This is the second time of using your service and once again you have delivered, many thanks.
Also while I'm emailing you I'll enclose a photo of my latest tattoo which was done using the first translation I received from you. As I'm sure you'll be able to see it's Onda or On da and is the name of my fiance so it's very special to me.
Thank you for your continued first class service and I know where to come if I need any more Japanese symbols in the future.
Sincerely,

Hi, my name is Takanori Tomita.

Having your name in Japanese is something really unique, and you can use those Japanese name symbols for your design or decor.

But, do you know HOW TO WRITE your name in Japanese?

In Japanese, there are 3 different scripts (Kanji, Hiragana and Katakana) to write a word or names, and it all depends on what sort of name is going to be translated.

How to write your names in Japanese

A lot of Western people love to get their names in Japanese, especially with the Japanese script called, Kanji which looks like the image on the left.

But, we also use 2 other Japanese scripts called Hiragana and Katakana to write names in Japanese.

So, which script is the best one to use?

It depends on a type of name, and your choice!

How about writing English name in Japanese?

Because Katakana is usually used for writing non-Japanese words which have been introduced into the Japanese language.

For example, if you go to a McDonald in Japan, you will see its names in Katakana.

So, Can't we use Kanji or Hiragana to write English names in Japanese?

As I said, a lot of Western people prefer to have their names in Kanji.

In fact, there are many western people have their name in Kanji, especially those who live in Japan.

So, although we usually write English names with Katakana script, there is no strict rule that you cannot use either Kanji or Hiragana.

So, how do we translate your English name in Japanese kanji?

The Japanese Name Translation is usually done by using the phonetic eulogistic translation.

It means that a suitable Japanese character is allocated by the sound of names.

There are roughly about 47 Katakana and Hiragana character.

So, to write names in either Katakana and Hiragna, firstly, we ask you how to pronounce your name and pick the one Katakana or Hiragana character that has got exactly the same sound.

But, with Kanji scripts, there are too many characters to apply for names, so, it is far more complex than writing names in either Katakana or Hiragana.

With Kanji Scripts, there are 2 ways of reading in Japanese.

The onyomi has developed from the original Chinese pronunciation but over the centuries it has been adapted to and become part of the Japanese language.

On the other hand, the kunyomi is native Japanese word.

To write names, we use both kunyomi and Onyomi reading.

So, say if your name is "Tom" which can be divided into the 2 different sounds,"To" "Mu", and whatever the kanji which has got the onyomi reading of each sound is allocated.

But, there are also many kanji characters that has got exactly the same onyomi reading.

So, there can be many different ways to write names in Kanji.

We translate your English Name to Japanese with 3 different scripts(kanji, katakana, and hiragana alphabets) and create custom design at one low price, delivered within 48 hours, and 100% guaranteed.

With our Japanese Name Translation and design service, you'll get:

And, your Japanese Name symbols are:

Again, Listen to our happy customers who have used our Japanese Kanji Translation service!

I want everyone who order this Japanese translation to get the CORRECT Japanese symbols matching your intended meaning exactly.

We GUARANTEED your SATISFACTION.

If you are dissatisfied with your Japanese translation, simply return it within 30 days for prompt 100% refund, or I will re-create your words and create new calligraphy for you free of charge.

No hassles and no questions asked!

Well, my friend, after reading all of these testimonials, the decision should be an easy one, and you may be excited about the your customized Japanese Name symbol images that you'll receive.

But, guess what. It is not only that.

I think you're going to be astonished by what I'm about to do next.

Because I want to you to give you more choice for the Japanese symbols you can choose for your design, I've agreed to give away 2 SUPER BONUSes for a limited time only.

You will receive the Ebook called "Kanji Dictionary"(Valued $30.00)

This is a collection of 30 popular Japanese kanji symbols based on the way of SAMURAI.

Takanori write your name by using the phonetic translation.

This method simply combines characters whose sounds approximate the English name being rendered into Japanese.

Although names written with Hiragana and Katakana are the mix of sound characters, thus has no meaning, but with kanji alphabet, Takanori will write your name with the kanji which has both sound and meaning for each character.

So, Takanori will tell you the meaning of your Kanji Name!

How much does it cost?

The Japanese Name Translation is available for as much as $75.00 - but right now, as part of a special marketing test, we have dropped the price to an unbelievably low US$59.95.

Plus you will receive 2 FREE SPECIAL BONOUS.

Get this custom translation and design Service with 3 special bonus for just US$59.95

I cannot say how long this test will last, so jump on this offer right away.

You can spend years and years learning HOW TO WRITE Japanese symbols, and you still won't have the full understanding of Japanese symbols that this Japanese Name Translation gives you within 48 hours!!

Click the order button below and you'll soon feel the satisfaction that so many people are raving about.

Because a professional Japanese translator, Takanori Tomita will translate your name into Japanese.

NOTE: Unlike other Japanese symbol translation, we don't use the machine translation.

P.PS: Remember, we will design your Japanese name symbols with two different calligraphic design and stencil outlines as well. You can choose from the following fonts.